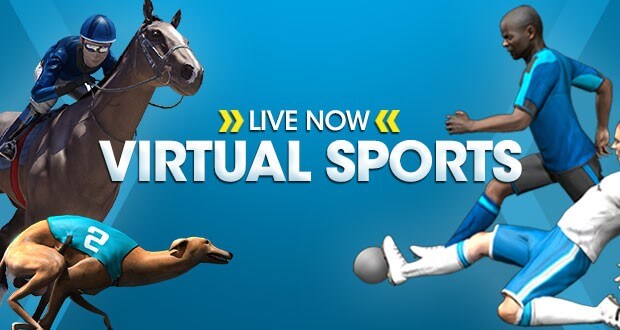 Why You Should Consider Virtual Sport Options

When betting on real-life sporting events, or even on fantasy sports leagues using real-life statistics, a punter might be expected to do some research and study the form. Properly considered, these bets are wagers of skill, rather than blind luck, so the committed betting scientist needs to weigh them carefully.

Virtual sports, on the other hand, are as much a matter of random luck as slot machines are. Betting on virtual sports therefore requires no specialised sports knowledge, nor are you required to investigate the field or the form before placing a bet. This, for many online and mobile betting enthusiasts, is a major point in their favour.

Back in the Bronze Age of computer gaming, namely the 1970s, Sega developed an arcade game that simulated a three-horse horse race. The graphics were primitive compared to today, and the software incapable of getting adventurous with, say, four potential winners.

Nevertheless, Derby Day marks the world’s first virtual sports software: simulating a real-world sport, but with the game play and results determined entirely by computer software and random number generators, not player input. From those beginnings, designers branched out to several other sports, and you can now bet on virtual versions of American football or soccer, plus horse, greyhound or motor racing, tennis, cycling, and more.

Virtual Sports Are Not eSports

It is important to understand the difference between virtual sports and eSports. Both have grown considerably in 2020, but they are not the same thing. Virtual sports, whether team or individual efforts, are computer simulations from start to finish. There is no punter input beyond placing a bet and pushing start; the result is determined entirely by the virtual sports’ RNG software.

eSports, in contrast, are played live by players on consoles or keyboards. Whether they are live-action strategy games, or more traditional sport / combat contests between individuals or teams, the game results are not decided randomly. Player input and skill on each team is vital to the outcome of the game, even though, in an eSports soccer game, for example, they are playing with fingers rather than feet.

Thus, if you want to bet effectively on eSports, you need to study the form and compare various teams on their console-manipulating records. Betting on virtual sports is more a matter of blind luck, so just pick the side you fancy.

One area that has advanced in leaps and bounds since Derby Day in the 1970s is computer graphics. Virtual sports programs may be low on punter input, but they provide spectacle aplenty as they simulate top-notch, all-out sporting competition. Backgrounds, players and gameplay are all rendered via animations that rival live footage.

Virtual sports matches are generally much shorter than their real-world counterparts, too. So, on top of the frisson of a potential winning bet, you get the thrill of live game play, condensed into a short, sharp action-fest. They are bound to remain a popular betting online usa option among online and mobile punters as more sports become available in virtual versions.